Ellyn and I got up early the other week to see the lunar eclipse.  For us it was about 5AM – though Ellyn had had trouble sleeping and got up a couple of times before that.  We went outside for about 15 minutes and had a bit of a magical viewing.  The moon didn’t change much during that time, but there was a shooting star right next to it that we both saw, and one of the local barn owls (who we often hear screeching). swooped through the neighbor’s yard right below the moon.  And we’re having a ridiculously warm spring, so it was probably in the mid 60’s – but no sign of the fog that we often have in the morning hours.  All in all, pretty awesome.

Ellyn named Moonface nearly a decade ago.  I never saw it.  But after the eclipse it makes more sense to me. 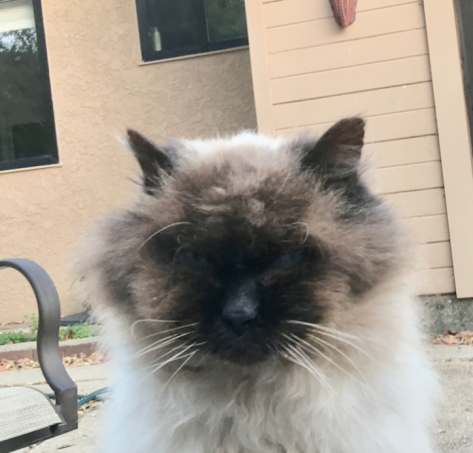